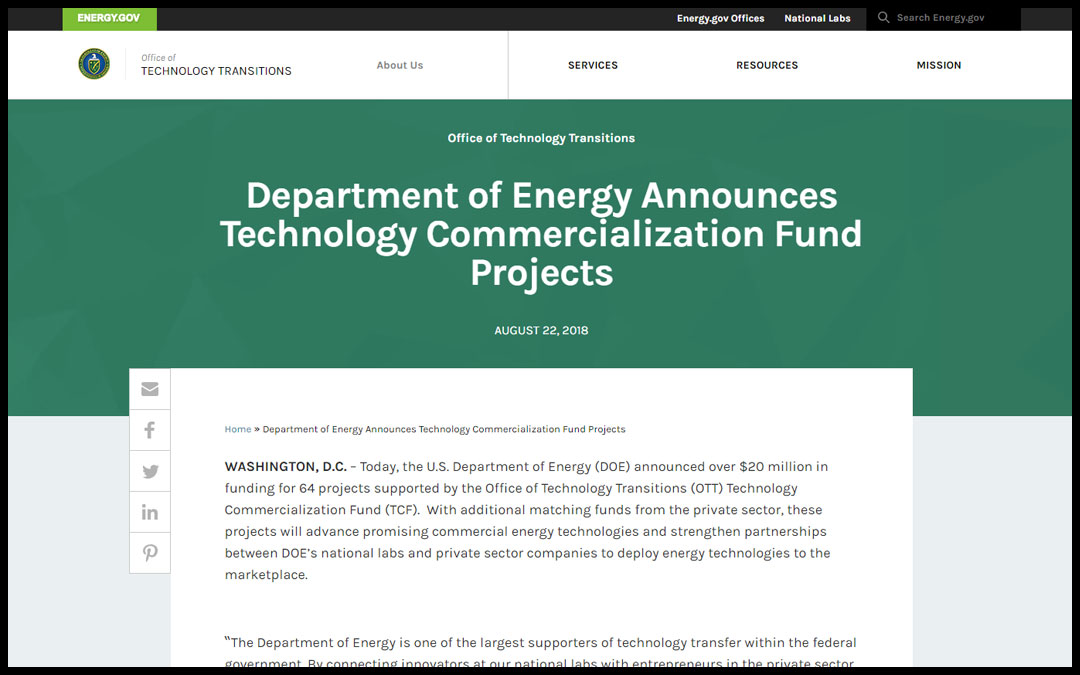 WASHINGTON, D.C. – Today, the U.S. Department of Energy (DOE) announced over $20 million in funding for 64 projects supported by the Office of Technology Transitions (OTT) Technology Commercialization Fund (TCF).  With additional matching funds from the private sector, these projects will advance promising commercial energy technologies and strengthen partnerships between DOE’s national labs and private sector companies to deploy energy technologies to the marketplace.

“The Department of Energy is one of the largest supporters of technology transfer within the federal government. By connecting innovators at our national labs with entrepreneurs in the private sector, DOE is breaking down barriers and finding the nexus between ingenuity and opportunity,” said U.S. Secretary of Energy Rick Perry. “The projects announced today will further strengthen those efforts across a broad spectrum of energy technologies and advance DOE’s important mission of technology transfer.”

The TCF was created by the Energy Policy Act of 2005 to promote promising energy technologies. The TCF selections announced today will expand the DOE’s efforts to catalyze the commercial impact of the Department’s portfolio of research, development, demonstration, and deployment activities.